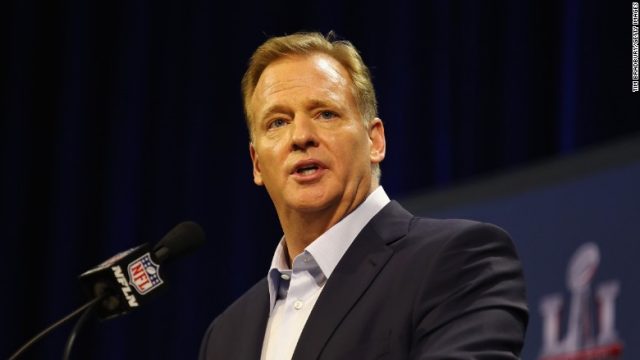 The business moguls who control the NFL are siding with their players over President Trump.

The president kicked up a furor on Friday when he lashed out at players who kneel during the national anthem to draw attention to social justice issues.

Trump told a crowd in Alabama that the league’s owners should respond to the players by saying, “Get that son of a bitch off the field right now, he’s fired. He’s fired!”

The remarks have spurred backlash from many corners, and they’ve pitted Trump against some of the powerful businessmen who control the league.

“Our country needs unifying leadership right now, not more divisiveness,” he said. “We need to seek to understand each other and have civil discourse instead of condemnation and sound bites.”

Ross, a billionaire New York real estate developer, also defended the Dolphins players who have kneeled during the anthem.

Related: Under Armour says it backs ‘athletes’ and ‘flag’ after divisive Trump remarks

“These are smart young men of character who want to make our world a better place for everyone,” Ross said. “They wanted to start a conversation and are making a difference in our community.”

“Comments like we heard last night from the president are inappropriate, offensive and divisive,” the statement reads. “We are proud of our players, the vast majority of whom use their NFL platform to make a positive difference in our society.”

“We are at our very best when we are working together, building unity and including everyone’s voice in a constructive dialogue,” Blank said. “Creating division or demonizing viewpoints that are different than our own accomplishes nothing positive and undermines our collective ability to achieve the ideals of our democracy.”

“Our players have exercised their rights as United States citizens in order to spark conversation and action to address social injustice,” he said. “We will continue to support them in their peaceful pursuit of positive change in our country and around the world.”

“It’s unfortunate that the President decided to use his immense platform to make divisive and offensive statements about our players and the NFL,” he said in a statement. “We believe it is important to support any of our players who choose to peacefully express themselves with the hope of change for good. As Americans, we are fortunate to be able to speak openly and freely.”

And the NFL’s Commissioner, Roger Goodell, slammed Trump in a statement Saturday morning.

“Divisive comments like these demonstrate an unfortunate lack of respect for the NFL, our great game and all of our players, and a failure to understand the overwhelming force for good our clubs and players represent in our communities,” he said.

Engineer behind controversial memo is out