Uber employees will get to meet their new boss on Wednesday.

The embattled ride-hailing startup officially announced late Tuesday that Dara Khosrowshahi, who’s run Expedia for the past 12 years, will be its new chief.

“Dara is the best person to lead Uber into the future,” the company said in an email to employees that was also posted on its website. He’ll attend an all-hands meeting on Wednesday, it said.

Uber’s board picked Khosrowshahi for the top job on Sunday. But it took another two days to announce the news publicly.

In an interview with The Wall Street Journal earlier Tuesday, Khosrowshahi said he was still in the process of finalizing his contract with Uber but planned to take the job.

Khosrowshahi has experience running an international travel company, not unlike Uber. He oversaw a publicly traded business making him a good fit to take Uber public. And those who know Khosrowshahi say he’s the “adult” that Uber’s corporate culture sorely needs.

The Iranian American executive is also said to be a good deal maker. Expedia (EXPE) snapped up a series of travel-related businesses under his watch.

Related: Uber’s new CEO will have to deal with Uber’s old CEO

It took Uber’s board nearly 70 days to settle on a new CEO after the resignation of its co-founder and previous CEO Travis Kalanick.

The short list of candidates included Jeff Immelt, the former CEO of General Electric (GE), and Meg Whitman, the head of Hewlett Packard Enterprise (HPE, Tech30). Both tweeted they would not pursue the Uber CEO role.

Immelt pulled out of the race Sunday because of problems with Uber’s board, according to a source familiar with the matter. Whitman told the Financial Times on Monday that Uber had yet to resolve Kalanick’s future role at the company and an explosive lawsuit about it. 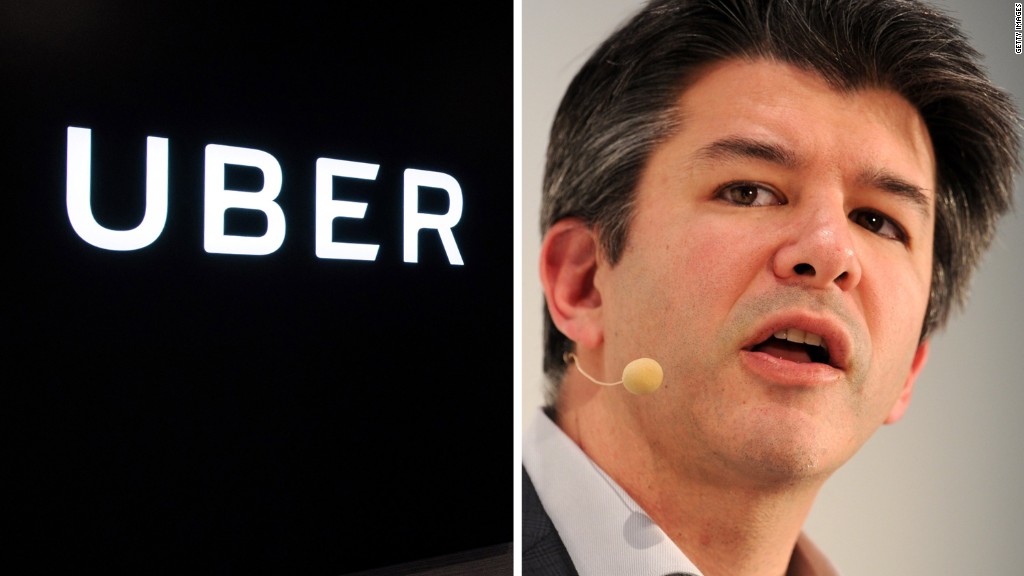 Who is Uber’s Travis Kalanick?

Venture capital firm Benchmark, an early Uber investor, sued Kalanick this month in an effort to get him off the board. Among other allegations, Benchmark accused Kalanick of trying to “acquire the power to pack the Board to facilitate his desired re-appointment as Uber’s CEO.”

Those close to Khosrowshahi say he has experience balancing strong personalities like Kalanick thanks to his many years working with Expedia chairman Barry Diller, a media mogul.

Related: Who is Dara Khosrowshahi?

In the Journal interview, Khosrowshahi described his relationship with Kalanick as “budding.” And the former CEO was among the board members’ names at the bottom of Tuesday evening’s email to Uber staff.

Khosrowshahi may still have sought assurances that the board wouldn’t try to roadblock his every move.

“My viewpoint is they’ve given him that mandate,” said Woody Marshall, a partner at Technology Crossover Ventures who grew up with Khosrowshahi. As Marshall put it, “You can’t have me go into a fight with one arm tied behind my back.”

There is urgency for Khosrowshahi to get to grips with the job as soon as he can. As the CEO search dragged on, Uber’s problems continued to mount.

Large Uber investors have marked down their investments. The startup lost $645 million in the three months ending in June. Its board is embroiled in a public legal fight. And its rivals abroad are raising billions and banding together.

Uber said Khosrowshahi will “be meeting with employees around the world in smaller groups over the next few weeks, and spending time with drivers.”

13 Sep 17 vicky
[ad_1] Gentrification: 'Battle to save the heart, soul and spirit of San Francisco' What's in…
News
0

19 Oct 17 vicky
[ad_1] Women go public with Weinstein allegations No, not "everyone" knew about the extent of…
News
0