President Trump may be about to get tougher on trade with China.

His administration is moving closer to launching an investigation into whether Chinese trade practices are unfair, a senior administration official said. That step could ratchet up tensions between the world’s two largest economies.

The investigation, which could result in tariffs or other measures, will include the issue of the theft of American intellectual property, the official said. The potential probe, which could be announced as soon as this week, was first reported by digital news service Axios.

An aggressive move against China on trade would be a sharp change of tack by Trump. Despite repeatedly slamming Beijing over its trade practices on the campaign trail, he has taken a more cautious approach since entering the White House.

Related: Trump and China could still fall out badly over trade

After meeting Chinese President Xi Jinping in early April, Trump said he would go easier on China on trade in return for help pressuring North Korea to back down on its nuclear weapons program.

But after recent intercontinental ballistic missile tests by North Korea, Trump appears to be losing patience with that idea. Initial trade talks between the U.S. and China have yielded only slight progress.

Trump tweeted over the weekend that he was "very disappointed" with China, accusing it of profiting from trade and doing nothing on North Korea. "We will no longer allow this to continue," he warned.

The senior administration official said the potential trade investigation is partly an effort to put pressure on China to crack down on North Korea.

Beijing has warned against such a strategy, saying the issues should not be "mixed up."

Related: China is trading more with North Korea but buying much less coal

The investigation would be initiated by U.S. Trade Representative Robert Lighthizer, drawing on a 43-year-old trade law, the senior administration official said.

By focusing on intellectual property, the probe would touch upon a major complaint by American companies that do business in China.

The American Chamber of Commerce in China said in a report in April that its members were facing difficulties in areas such as trade secrets, patents and trademarks.

For example, Chinese authorities "jeopardize the value of trade secrets by demanding unnecessary disclosure of confidential information for product approvals," the group said.

The reported suggested that improved protection of intellectual property in China would "help both U.S. exports and U.S. jobs." 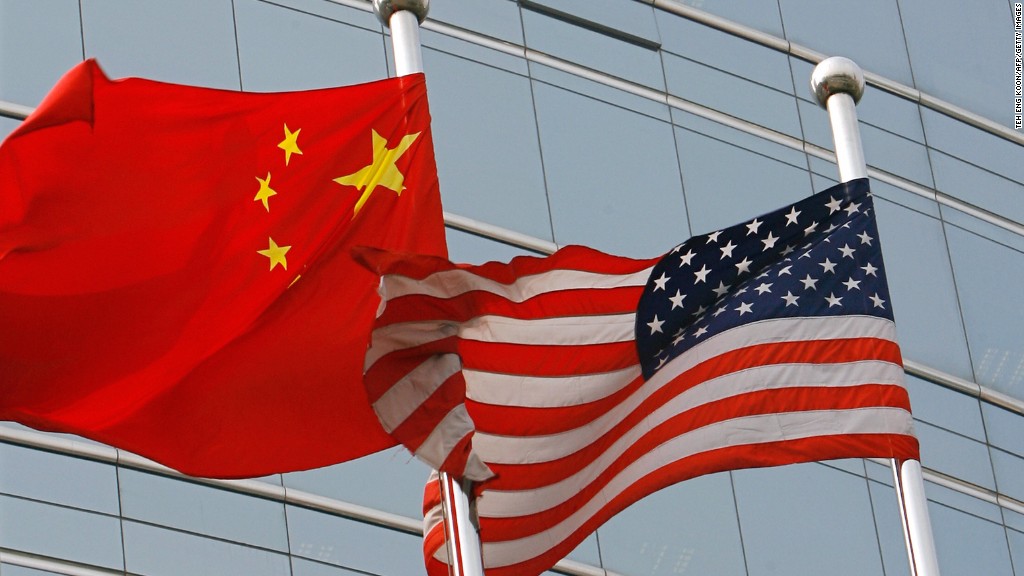 US and China by the numbers

The Chinese government didn't immediately respond to a request for comment Wednesday.

Related: Spurned by Trump, China and Mexico talk about a trade deal

Confronting Beijing over trade would fit with Trump's campaign rhetoric, which included promises to bring back U.S. manufacturing jobs that he accused China of stealing.

"We can't continue to allow China to rape our country, and that's what they're doing," he told supporters in May 2016.

-- Serenitie Wang contributed to this report.